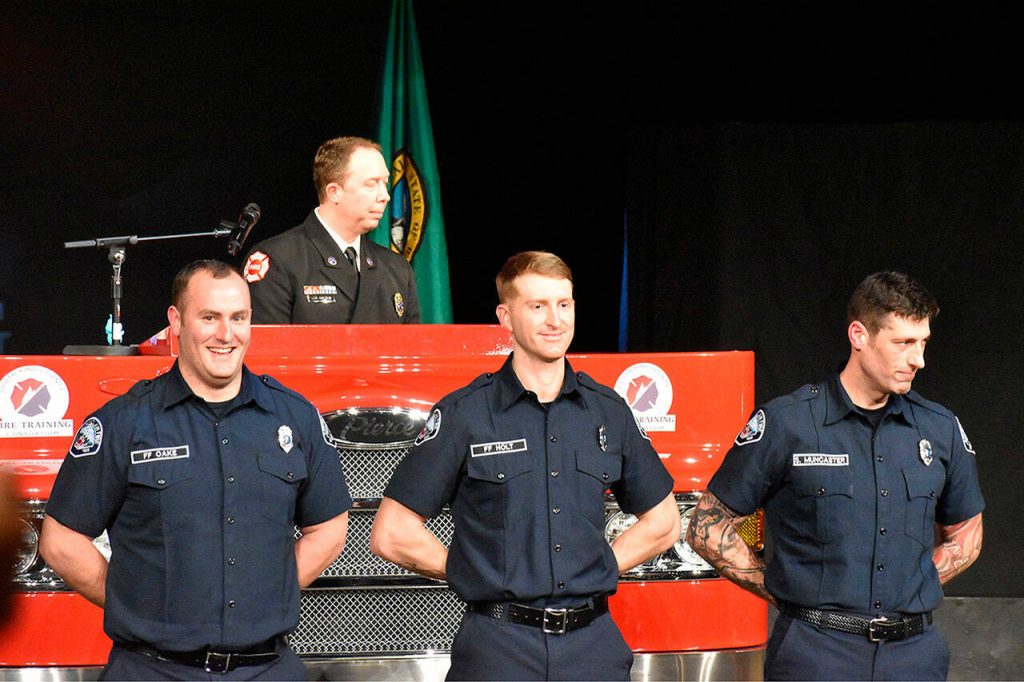 EFD Chief Randy Fehr said. “They will each be backfilling positions that have recently opened up or which will be opening up soon.”

Fehr called all of Enumclaw’s new recruits “top-notch” and was proud to point out that they are all veterans. Holt and Oake both served in the Army, while Muncaster served in the British Army during his time living in Great Britain.

“We’re a small agency; it’s not like we have a lot of firefighters and we can’t afford to miss on a recruit,” Fehr said. “We believe that our citizens deserve the best firefighters.  The expectation is that they go in there and are high performers.”